Veronica Ramirez is held by her husband Fernando as she cries at their home in Prunedale, Calif. on July 7, 2016, which would have been her son Nikko Malliarodakis’ 25th birthday, Ramirez and family planted a pine and two spruce saplings where they buried his ashes on that day.

Malliarodakis was killed in a car crash in Moss Landing on March 21, 2016, after 19-year-old Lynnea Hernandez swerved into oncoming traffic and slammed into a car driven by Malliarodakis. He was headed back to work from his Monterey home after having lunch with his fiancee. 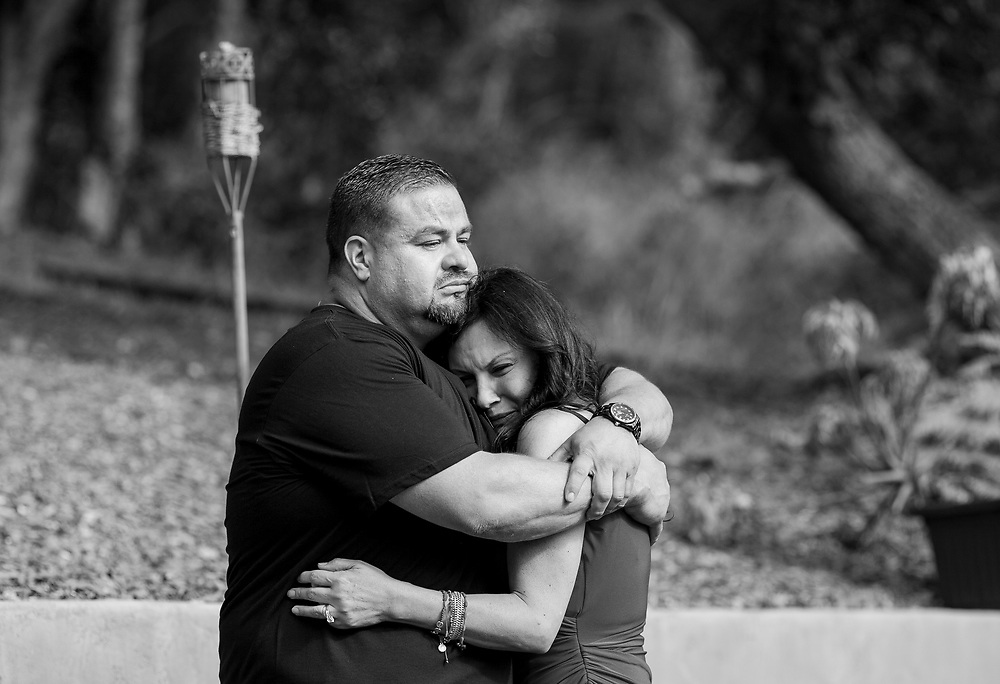