Even though performing in drag is Machetto’s passion, she says it must be treated as a job. Much of that job is creating costumes for her characters, which number in the hundreds.

“I think about outfits all the time,” she says. “I try not to do the same costume, and there is a different one for each character. I try not to repeat a costume for at least a year, unless it’s a special request.”

By day, Machetto wears jeans and sneakers and works as the manager of a travel office in downtown Salinas. Four to five nights a week she performs in drag all over Northern California, from Gilroy and Modesto to San Jose and San Francisco. But Franco’s – where she has been performing for 20 years – is special. 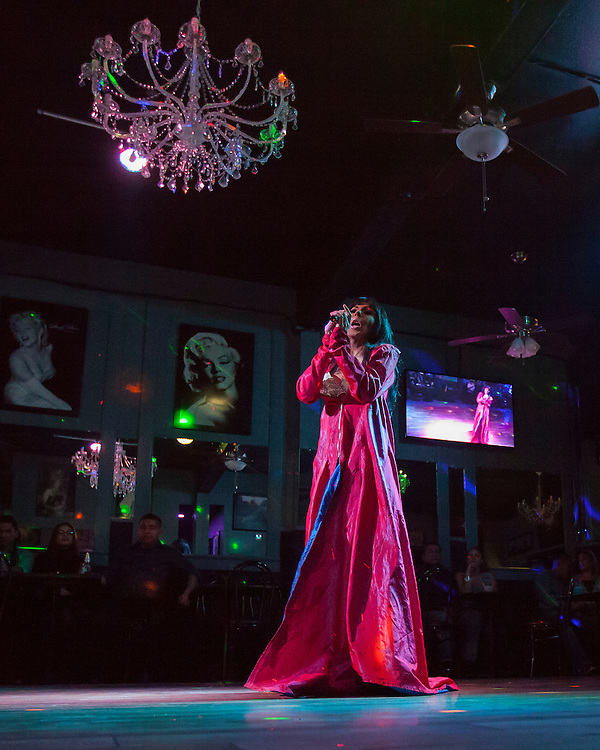